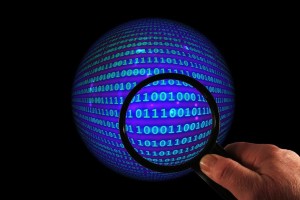 Weak codes have always been one of predominant reasons for software hacking posing as a major cyber security threat to organisations. Despite of the fact that there are rigorous automated testing tools that try to identify and resolve weak codes the problem still persists giving a small opportunity for hackers. Many secure code standards have been established trying to bring in a norm in the industry. Institutions such as CERT, OWASP have been working from more than a decade to execute these stated guidelines as standard regulations across platforms, organisations and industries. Here are some of the reasons why codes can be a cause of infiltration.

1. Open source: Being one of the common practices of developers, open source projects have a high number of users reviewing codes which contains a small amount of old codes which are generally not altered by developers. Old codes are easy to break through and can be easily manipulated by hackers. With wide range of audience for these open source codes developers must be extremely careful while using them for implementation purposes.

2. Lack of awareness: Many developers aren’t really aware of the existing security practices and tests that can be of great help to secure the codes and further prevent from any kind of attacks. Security assessment at every stage including a thorough check of codes can prevent the applications from being misused.

3. Authentication: If the privilege checking is not adequate enough then it is easier for hackers to enter the desired platforms easily. Also if the organisation uses multi-layer programming then developers must be even more cautious. Interlink between the same can be misused and a hacker can bypass.

4. Format string vulnerabilities: Here the exploit can occur when the data of an input is measured as a command by the application. Just like it can happen with buffer overflows, the programmer must limit the amount of data that can be entered in the input code. Else if a rogue code is updated in the string the whole system can end up having grave issues like data loss and others.

5. Script injection: The programmer must ensure that the permission to run scripts is not allowed to everyone. Else attackers can easily enter commands by altering related codes that can further permit them to execute commands on the system.

OWASP has identified additional vulnerabilities like Insecure Direct object references, missing function level access control, and security misconfiguration among others. It might also happen that the weak structure of codes can expose the programs allowing them to be manipulated by the attackers.

Safeguarding the directory structure, IP address, passwords are crucial where coding is extremely important. Lack of strict measures can allow infiltrators to enter the system further leading to some serious business damage. Apart from information leaking organisations must also be cautious about error handling measures. It must be ensured that during the process none of the details such as IP address, server names and others are let out. This will ensure that attackers are prohibited from confidential data thus restricting the chances of code hacking.