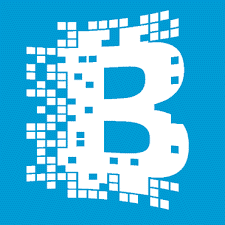 Digital Economy: BlockChain Security – Look at it as a Relational Database

In the last blog, we covered how digital economy is about to be influenced by block chain startups. Now, let us look at some of the BlockChain Applications.  Look at it this way – we are seeing both government, monetary authority and central banks starting their own digital currency initiatives.  At the other end of the spectrum, there are venture capitalists who are scouting for startups focusing on BlockChain technology.

Now, we know that there are many applications of BlockChain as technology.  It is important to understand this paradigm as we explore the security implications – as it is the ‘application’ that decides the security context.

A BitCoin ‘enthusiast’ and investor, Fred Wilson points how Union Square Venture has invested in decentralized identity protocol provider OneName, which is the example of projects that will be developed in the future.  Decentalized Dropbox like digital coin storage solutions, next generation digital currency databases, and new types of market places and ticketing solutions are potential innovation using Blockchain ledger.

Namecoin makes another interesting use of blockchain, which is another protocol, which with few extra transaction types, helps a network to maintain a global key-value store.  The flagship application is a distributed domain name service ( DNS) for ‘.bit’ domains.   This has been referred to cryptocurrency protocol 2.0.   Some cryptocurrency enthusiasts believe that wherever there needs to be an official currency record, blockchain ledger is going to be make its presence.  This will evolve as a relational database for currencies, eventually.  And even beyond currencies – for vote tallying, recording a proof of concept, wherever a proper ledger is needed, blockchain will be a disruptive technology.

The best way that is being looked at in terms of development is metadata – the ability to attach arbitrary data to bitcoin transactions for a ‘return output’.  Now, this is key for documents that are official – ‘Proof of Existence ( document notarization), CoinSpark ( assets and messaging), Factom ( scalable datastore) to build other applications on top of the bitcoin blockchain.